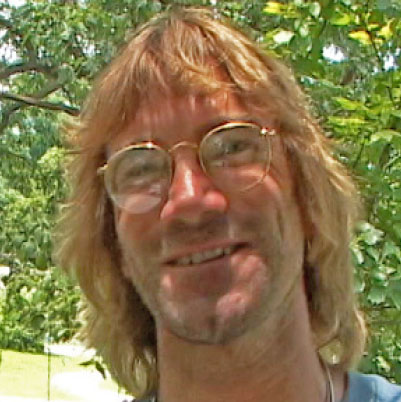 I was born in East Lyme, CT, in August, 1963. I liked drums when I was younger and started taking drum lessons in 7th grade. My teacher, Rob Impelleterri, realized I was a very enthusiastic student. I went from basic rudiments to book studies and reading drum music. I was learning to read classical percussion charts and also drum set parts, so I was very saturated with my lessons. This was 2-3 years of study.

In high school I was in the marching band during fall and spring; concert band in winter. The awesome thing about East Lyme High School’s band in the 1970s-1980s was that everything was practiced, memorized, and produced a state champion and East Coast championship marching band.

I took that enthusiasm with me to community college by trying to write parts, going to see my younger brother, visiting our old drum instructor, Gary Ribchinsky, and trying to stay connected to it. While attending Central Connecticut State University, I drifted away and didn’t play much at all for a couple of years. I got a job at Mystic Seaport Museum in the fall of 1987. In the Spring of 1988, I heard the rhythm bones for the first time being played by Rick Spencer, a staff musician. I decided I wanted to really try to play that instrument and see what I could do with it. Tim Reilly