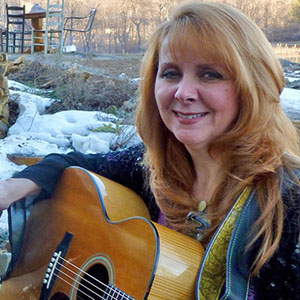 I’ve had a love of percussion since I was about 7 or 8 years old. That was during the folk revival era of the 1960’s and everyone was picking up guitar. My mom wanted me to do the same. She thought it would be great to have someone in the family who was able to play some accompaniment around the campfire and get everyone going with “If I Had a Hammer” or something like that. I don’t know why she was so insistent that I learn guitar for that reason; growing up we NEVER went camping or even had a fire pit in our back yard. I really dug my heels in on drums though and she struck up a deal with me to let me take private drum lessons if I took group guitar lessons at the local YWCA in the summer. That sounded like a good compromise so I learned both. It’s a good thing too, because these days I earn a living with a guitar in my hand not drum sticks but it doesn’t hurt to be versatile.

I’ve played both instruments in many bands over the years from metal to Irish and as a music director at a couple of churches. I was even lounge – lizard in my 20’s (hey, it paid some bills so don’t judge). I’ve been a music teacher for the past 15 years and love introducing rhythm bones to the kids. In the beginning, they have a love/hate relationship with them. The love the idea of clacking them but get a little dispirited when they find it’s not initially as easy as it looks. What joy comes to their faces when they manage their first triplet though! I remember that feeling.

I’ve been a member of the RBS for around 13 years. I began playing rhythm bones around 14 years ago and was inspired first by the instructional video put out by Mel Mercier on bodhran & bones. Once I got my first rattle & snap going, I began to search for other means of improving my technique.